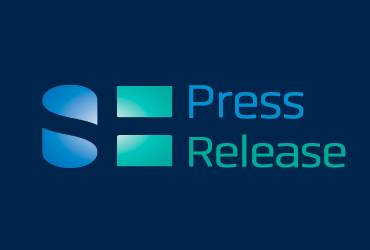 Jan 29, 2018 – The study will evaluate safety and efficacy of the Colovac bypass device for ostomy-free anastomosis protection following colorectal surgery

SafeHeal, a leading innovator in the field of digestive surgery and developer of the Colovac device, announces today that it has enrolled the first five patients in its CE mark study. The Colovac device is a unique endoluminal bypass sheath placed in the colon following rectal resection, aimed at significantly improving the recovery of patients after colorectal surgery without the need for an ostomy.

This prospective, single-arm, 15-patient study, was approved at the end of 2017 by the French health authority ANSM. It aims to evaluate the safety and efficacy of Colovac for the protection of colorectal anastomosis in adult patients initially scheduled to receive a diverting ostomy as per standard of care, following colorectal surgery. In the study, patients receive a Colovac device in lieu of the ostomy. The study is currently enrolling more patients at two hospitals in France (Strasbourg and Paris).

The two first procedures were carried out at the Institute of Image-Guided Surgery in Strasbourg in collaboration with the CHRU Strasbourg. They were performed by Dr. Antonio D’Urso, MD, digestive surgeon and principal investigator of the study, and Pr. Mutter, MD, PhD, head of liver and gastrointestinal surgery and co-director of IRCAD, one of the world’s most famous surgery training centers. The three further procedures were performed by Pr. Jérémie Lefèvre MD, PhD, professor of digestive surgery at Hospital Saint-Antoine in Paris.

``We are very excited to be part of this first in-human trial. Colovac has the potential to significantly improve the outcomes and experience of our patients while avoiding diverting stoma for the majority of patients,``Pr. Lefevre

“In the two cases we performed, the Colovac procedure was very simple, safe and well received by the patients. We look forward to further participating in the clinical evaluation of this technology,”Dr. D’Urso, principal investigator

Based on this early experience, the trial confirms the good usability of the device, its placement and retrieval, in line with preclinical experiments. Colovac was well tolerated by patients.

“There is a high clinical and economic need for a disruptive product such as Colovac, which effectively reduces anastomotic leakage rates following colorectal surgery while avoiding the distressing impacts of an ostomy for patients. This trial is a significant milestone in moving SafeHeal towards regulatory approval in Europe and the US,”Karl Blohm, CEO of SafeHeal

Anastomotic leakage occurs in up to 20 per cent of patients undergoing anterior resection (Clin Colon Rectal Surg. 2006 Nov; 19(4): 213–216.). It is considered to be the most serious colorectal surgical complication, frequently resulting in the rapid development of severe peritonitis, septic shock and multiple organ dysfunction. This leads to increased mortality rates. Ostomy, the current standard of care to reduce the risk of anastomotic leakage, is a somewhat traumatic and aggressive process. It significantly reduces the quality of life of patients and entails its own complications. The market for Colovac is significant, with more than 400,000 procedures per year worldwide representing a multi-billion-dollar market. Due to the unmet clinical need, Colovac represents a breakthrough leading to improved patient outcomes as well as reduced patient management costs for healthcare providers and payers.

The Colovac device was invented by a French digestive surgeon, Charam Khosrovani, to avoid the need for diverting ostomy in patients undergoing colectomy. The device is a flexible bypass sheath intended to reduce any contact of fecal content with the colorectal anastomotic site, following colorectal surgery (open or laparoscopic).

It is anchored above the anastomosis using a stent combined with an innovative vacuum-based mechanism. Colovac is seamless, minimally invasive and fully reversible. Once in place, the implant covers the colon down to the anus. It remains in place until the body’s natural healing and tissue repair processes are complete (approximately two weeks), after which it is removed during an endoscopic procedure, without the need for a second surgical intervention. This enables patients to resume their normal life without having to bear an artificial anus and wear ostomy pouches for several months.

SafeHeal SAS, headquartered in Paris, France, is a clinical-stage medical device company established in 2015. It is focused on the development of anastomosis protection devices, including Colovac for colorectal surgery. The Colovac device is an investigational device, not currently available for sale.